LAKE Macquarie mayor Kay Fraser believes the $720 million Trinity Point hotel development could be “iconic” for the city, while state MP Greg Piper has described the designs as “remarkable”.

The two leaders were as equally impressed on Wednesday after viewing Johnson Property Group’s plans for a luxury 220-room hotel and 218 residential apartments at Morisset Park.

As first reported by the Newcastle Herald, JPG has submitted a scoping report to the NSW government for assessment in order to progress to detailed planning.

“It’s an incredible design by Koichi [Takada Architects],” Mr Piper said. “Very sympathetic to the long view if you’re looking from across the lake. It will blend in to the background really nicely.”

Cr Fraser said the development, if approved, could “be a game-changer for the city”.

“At first glance, it’s really exciting,” she said. “It’s a different type of architecture and it looks like it could be iconic. It shows a great level of confidence in our economy that we can bounce back from this pandemic.”

While the duo were happy to praise the design and potential benefits of the project, they said there would be a long planning process and the community would ultimately get to have their say.

“The most obvious impact on the local community is going to be around traffic,”

Mr Piper said. Cr Fraser added: “The proposal looks exciting but obviously it will have to go through a process to make sure it complies and they tick all the boxes.”

“But Morisset is a growing area on that western side of the lake and we know that this type of facility is very much needed to cater for the growing numbers of people coming up to that part of Lake Macquarie,” she said.

JPG has been working to develop Trinity Point in Morisset Park for more than 20 years and has built a marina, housing estate and popular restaurant. The hotel and apartments proposal would replace previously approved plans for a 65-room hotel and 150 serviced apartments.

The revised plan, to be assessed as State Significant Development, has attracted plenty of commentary online with many describing the project as “ambitious”.

“I love that it breaks the mould incorporating a unique design rather than your typical cookie-cutter development,” Vaughan Lynch, of Newcastle, said.

Morisset Park resident Carina Hennessy said a tunnel might need to be built to cater for increased traffic.

“Trinity Point Drive has heavy traffic on days the restaurant is open with hardly any occupied homes. Can’t picture this without more infrastructure,” she said.

Sarah Rollings said “it would be better if it wasn’t such a ‘high rise’.” “It’s going to stick out like a sore thumb.” Holly Watts commented: “I don’t care that it’s just 30 mins away. I wanna stay here and go downstairs to the restaurant for their delicious food and cocktails!” 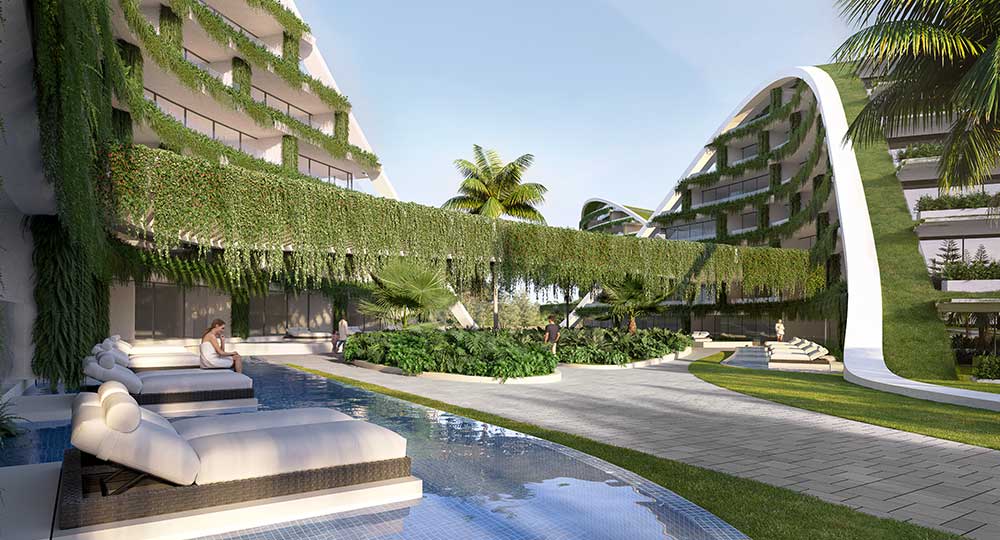 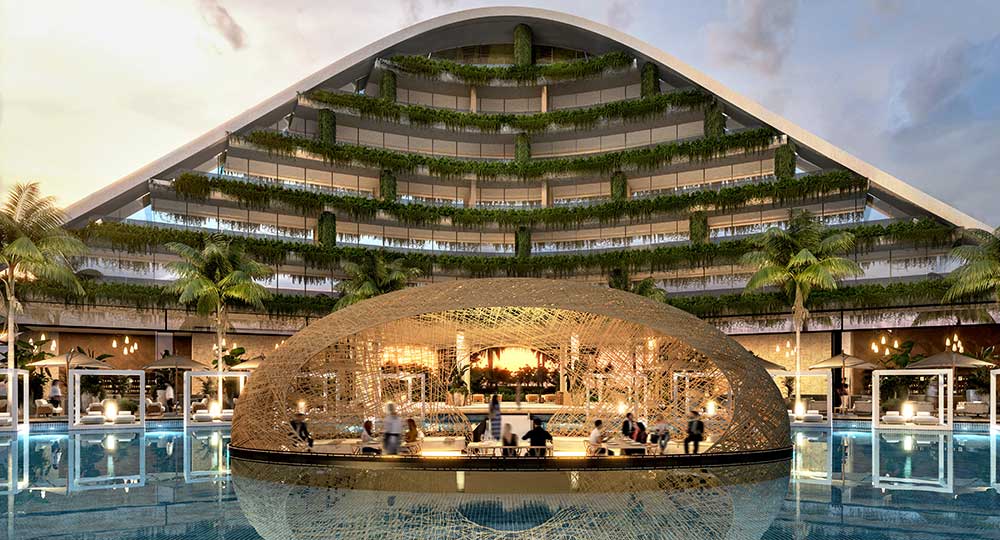 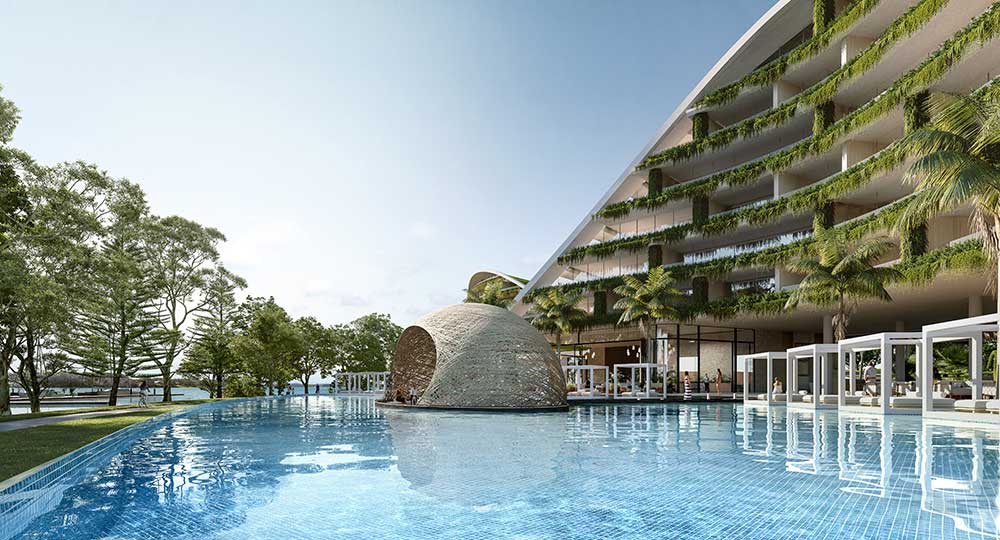 We want to hear from the community and gather your feedback on the new design of the development.

Complete the form below to download the Information Brochure